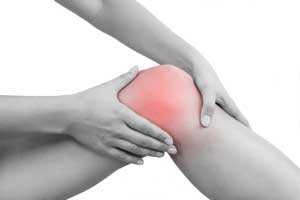 The long waiting time involved in many hospitals is largely eliminated. You will receive the infusion in great comfort and convenience. 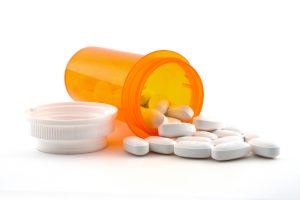 There are many things that help reduce pain, relieve stiffness, and keep you moving. Your care may involve more than one kind of treatment. Your doctor may recommend medications, but there are many things you can do on your own to help manage pain and fatigue and move easier.

Finding the right treatment takes time. It can involve trial and error until you find what works best. Be sure to let your doctor know if a treatment is not working. Your treatment may also change as your arthritis changes.

Treatments for arthritis can be divided into several categories: medication, exercise, heat/cold, pacing, joint protection, surgery and self-help skills. You can do things in each of these areas to help yourself feel better and move easier.

Many different drugs are used to treat arthritis.

Analgesics are pain killers which have no effect on the inflammation in the joints. Paracetamol and tramadol are the two most commonly used drugs.

Anti-inflammatory medicines reduce both pain and swelling. These are called nonsteroidal anti-inflammatory drugs (NSAIDs). The most common side effect of these medications is stomach upset. Call your doctor if stomach pain is more than mild and lasts. Over a dozen different NSAIDs are available and commonly used ones are naproxen, indomethacin, ibuprofen, diclofenac and others. Cox-2 inhibitors are a new type of NSAID. They tackle inflammation in a similar way, but have been developed to be safer for the stomach, but are costly. Cox-2s include celecoxib (Celebrex), meloxicam (Mobic), and etoricoxib (Arcoxia).

Corticosteroids (steroids, cortisone, prednisolone) are prescribed to reduce severe pain and swelling. They are given by injection or in pill form. Injections can bring quick relief, but can only be used several times in one year because they weaken bone and cartilage. Because of potentially serious side effects, corticosteroids must be prescribed and monitored by a doctor. You must never suddenly stop taking them.

Disease modifying antirheumatic drugs (DMARDs) are used in diseases like rheumatoid arthritis and lupus in the hope of inducing a disease remission and preventing further damage to joints. They are fairly safe in expert hands and if they are monitored for side effects by appropriate blood and urine tests. Drugs used to treat rheumatoid arthritis include sulphasalazine, methotrexate, hydroxychloroquine, and leflunomide.

Biologics include a group of drugs known as anti-TNF drugs such as infliximab (Remicade), etanercept (Enbrel), certolizumab pegol (Cimzia), golimumab (Simponi) and adalimumab (Humira) that block the action of a chemical called tumour necrosis factor (TNF), and are very effective for rheumatoid arthritis, psoriatic arthritis, ankylosing spondylitis and some other conditions. However, they are quite costly.In india several cheaper alternatives called “biosimilars” are now available. These are said to be effective and as safe as the parent drug, but are much cheaper. Other injectable biologics now available include rituximab (MabThera), abatacept (Orencia), ustekinumab (Stelara), secukinumab (Cosentyx), and tocilizumab (Actemra). Among biologics, etanercept (Enbrel) can be self-administered by the patient under the skin every week, and the same is true of adalimumab (Humira), which is taken once in 2 weeks. Rituximab is given into a vein as an infusion, two doses being generally administered 14 days apart, every six months. Certolizumab (Cimzia) is given under the skin as two injections at separate sites on Day 1, then one injection at Weeks 2 and 4, followed by 200mg every other week. Maintenance may be done with one injection every month. Golimumab (Simponi) can be given as one injection under the skin every month. Ustekinumab (Stelara)is just one injection under the skin every 3 months. Secukinumab (Cosentyx)is a monthly injection under the skin. Tocilizumab (Actemra)is given once weekly under the skin. New oral drugs are tofacitinib (Xeljanz) and baricitanib (Olumiant), given once or twice a day as tablets. In lupus, azathioprine, cyclophosphamide, mycophenolate, and other similar drugs have proved helpful. These drugs may take several weeks or months to work.

If you are thinking of having a baby, it is very important you discuss this with your doctor. Your doctor may recommend that you cease taking some of your drugs several months before conception. Other drugs may need to be stopped as pregnancy progresses, and some will be safe to take throughout pregnancy. Some adjustments in your medication may also need to be made if you decide to breast feed. If the husband is the patient, he may also need to stop some drugs before the couple try for conception.

Sleep medications may promote deeper sleep and help relax muscles. These drugs may help people with fibromyalgia sleep better. They are used in very low doses at bedtime.

The Rheumatology Services provides relatively painless and comfortable procedures on an outpatient basis, being completed in just a few minutes. A joint injection (intra-articular injection) or soft tissue injection is a procedure used in the treatment of inflammatory conditions, such as rheumatoid arthritis, psoriatic arthritis, gout, tendinitis, bursitis and osteoarthritis (OA). A hypodermic needle is used to inject a drug ( e.g. corticosteroids) into the affected joint along with a local anesthetic agent such as xylocaine. Usually, a single dose of corticosteroids is given into a joint.

Hyaluronic acid or Hyaluronan, because of its high viscosity, is sometimes used as an intra-articular injection for patients with OA. Hyaluronan is used to relieve knee pain due to OA. It may be considered for patients who do not get enough relief from simple painkillers such as paracetamol, NSAIDs, or from exercise and physiotherapy. The recommended dosage was one 2-ml injection once a week for three weeks (three injections per knee), but now Synvisc-One is given as a single 6 ml injection into the joint.

Hyaluronan is generally well tolerated. However, it may not work for everyone. Before trying Hyaluronan, tell Dr. Sukhbir Uppal if you are allergic to products from birds—such as feathers, eggs or poultry. Hyaluronan has not been tested in children, pregnant women or women who are nursing. You should tell your doctor if you think you are pregnant or if you are nursing a child.

What is done during a joint injection/aspiration?

After the skin surface is thoroughly cleaned, the joint is entered with a needle attached to a syringe. At this point, either joint fluid can be obtained and sent for appropriate laboratory testing or medications can be injected into the joint space. This technique also applies to injections into a bursa or tendon to treat tendonitis and bursitis, respectively.

What benefit is derived from a joint aspiration?

Joint aspiration is usually done as a diagnostic or therapeutic procedure. Fluid obtained from a joint aspiration can be sent for laboratory analysis, which may include a cell count (the number of white or red blood cells), crystal analysis (so as to confirm the presence of gout or pseudogout), and/or culture (to determine if an infection is present inside the joint). Drainage of a large joint effusion can provide pain relief and improved mobility.

What benefit is derived from a joint injection?

Injection of a drug into the joint may yield complete or short-term relief of symptoms. Joint injections are given to treat inflammatory joint conditions, such as rheumatoid arthritis, psoriatic arthritis, gout, tendonitis, bursitis and occasionally osteoarthritis. Corticosteroids are frequently used for this procedure, as they are anti-inflammatory agents that slow down the accumulation of cells responsible for producing inflammation within the joint space. Hyaluronic acid is a viscous lubricating substance that may relieve the symptoms of osteoarthritis of the knee. It is not used for osteoarthritis of any other joint.

What is usually injected into the joint space?

Most joint injections utilize anti-inflammatory medications called corticosteroids (such as methylprednisolone acetate “Depomedrol” or triamcinolone hexacetonide “Kenalog”). These medications act locally and have few systemic side effects (such as a fever, rash, or a disturbance of an internal organ). In degenerative joint diseases such as osteoarthritis, a joint lubricant such as hyaluronic acid (described above) may be used with aim of relieving pain.

Which joints are usually injected?

Commonly injected joints include the knee, shoulder, ankle, elbow, wrist, thumb and small joints of the hands and feet. Hip joint injection may require the aid of an X-Ray called fluoroscopy for guidance.

What are the risks of joint injections and aspirations?

Common side effects include allergic reactions (to the medicines injected into joints, to tape or the betadine used to clean the skin, etc). Infections are extremely rare complications of joint injections. Another uncommon complication is “post-injection flare” – joint swelling and pain several hours after the corticosteroid injection – which occurs in approximately one out of 50 patients and usually subsides within several days. It is not known if joint damage may be related to frequent corticosteroid injections. Generally, repeated (> 4 per year) and numerous injections into the same joint/site should be discouraged. Other complications, though infrequent, include depigmentation (a whitening of the skin), local fat atrophy (thinning of the skin) at the injection site and rupture of a tendon located in the path of the injection.

Are there situations where a joint injection should not be given?

The most common reasons for not performing a joint injection are the presence of an infection in or around a joint and if someone has a serious allergy to one or more of the medications that are injected into a joint. 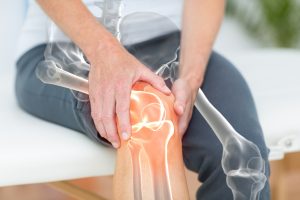 Dr. Sukhbir Uppal is willing to see any arthritis patient who is seeking a second opinion regarding his or her diagnosis or a treatment plan. Since such requests are urgent, generally an early appointment can be arranged as per the patient’s convenience.

If you wish, the results of your consultation can be provided to your physician in the form of a report or kept confidential. 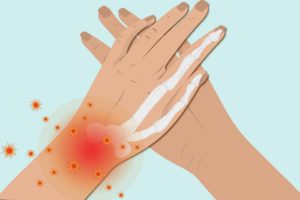 Also, he is skilled in diagnosis and management of osteoporosis, joint infections, non-inflammatory conditions like osteoarthritis and soft tissue rheumatism such as carpal tunnel syndrome, tendinitis, tenosynovitis, bursitis, enthesitis, and epicondylitis. He is also familiar with the use of musculoskeletal ultrasound for diagnosis and treatment of rheumatological disorders.

He has a special interest and great experience in the fields of rheumatoid arthritis and systemic lupus erythematosus (“lupus”), with several research publications in international journals of repute.

Also, he has in-depth knowledge of modalities such as intravenous immunoglobulin therapy and plasmapheresis. He is skilled in the use and interpretation of specialized immunological tests such as RF, ANA, anti-dsDNA, serum complement proteins, serum cryoglobulins, ENAs, anti-CCP, ANCA, antiphospholipid antibodies, anti-β2GPI, B- and T-cell functions, and cytokine assays.